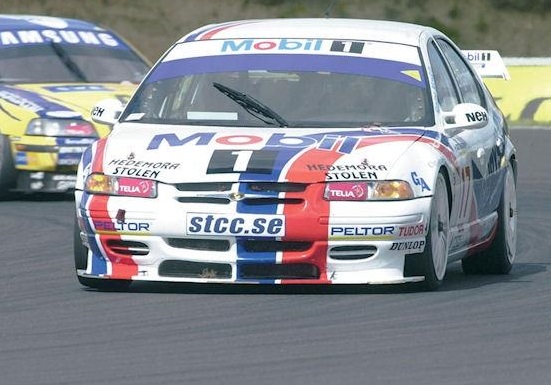 This 1997 Dodge Stratus is an ex-works car that’s said to have both dominated and ultimately won the NATCC Championship in 1997. Though missing its engine, the car is otherwise largely complete and sale includes extensive original documentation including Reynard component blueprints and even the computer game whose cover and gameplay featured the car prominently. Find it here on Piston Heads in East Sussex, England for 28,500 GBP (~$44,800 today). Special thanks to BaT reader Scott S. for this submission.

After winning the North American Touring Car Championship at the hands of David Donhaue, the car was then sold to Thomas Engstrom who drove the car in the Swedish STCC equivalent series. The current Chrysler Dealers of Sweden and Mobil 1 livery dates from that time, and in addition to the video game and technical drawings mentioned above, the car is also thoroughly documented in two included, Donahue signed NATCC yearbooks. 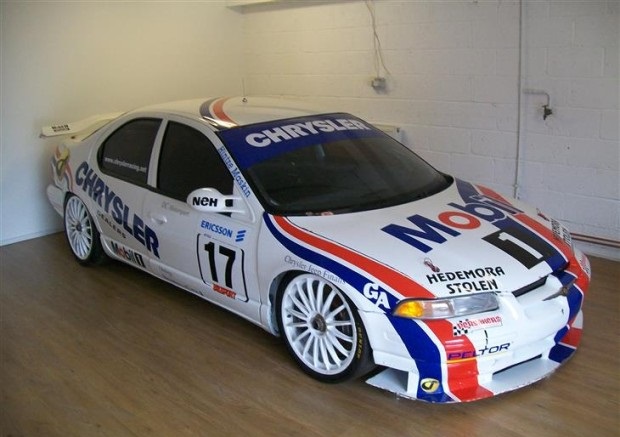 Donahue is the son of legendary driver Mark Donahue. Here he is driving the Stratus in its original NATCC livery at Laguna Seca in 1997. We were there for that race and also saw the car race at Long Beach that year.


Overall condition appears to be quite good, and as evidenced by the largely carbon interior, Touring Cars of this era were built to very high and expensive standards, bearing relatively little resemblance to the production machines they were based upon. Both seats and harnesses in this car are FIA certified through 2020, however the glass windshield is cracked and will need replacement–side windows are Plexiglas, however the rear item is missing. 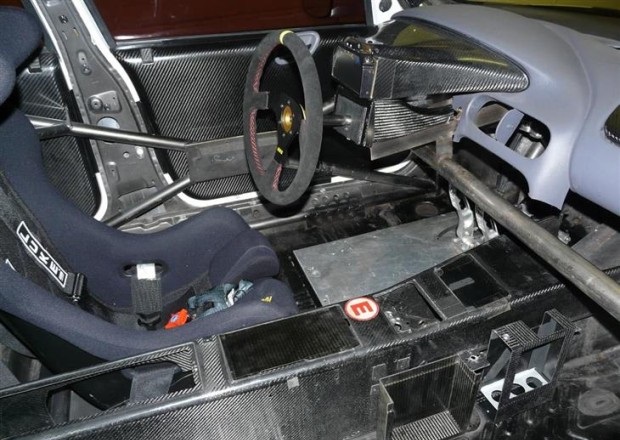 The motor sounds to have been based on Chrysler’s standard 2.0L twin cam 16V four cylinder of the time, and though now missing, the seller has made contact with its original builder. Replicating a completely new 300 HP Touring Car spec engine from scratch has been estimated to cost between 12k and 15k GBP (~$19k-$14k), and what’s described as “most” of its Xtrac sequential gearbox is included in the sale–see the photo below. 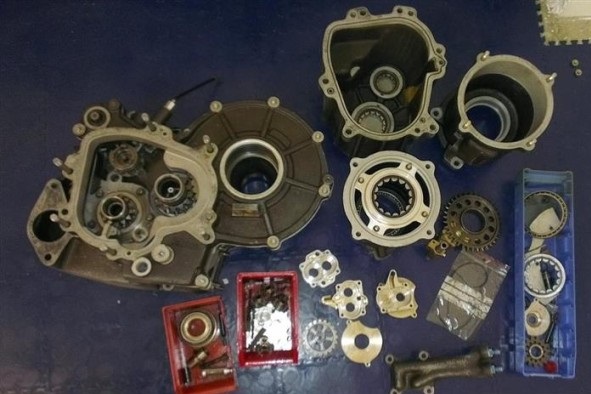 AP racing brakes, suspension and most other critical systems remain intact, and the seller says that a finished car should be welcome in almost any field of prestigious historic Touring Cars, further speculating it may even be illegible for Goodwood. A very cool race car from an important time in Touring Car history, we’ve never felt this way about a Dodge Stratus and may never again.

by Ed Poplawski
Around 1996 a new racing series was started in the United States called “Touring Car Racing”. This series is and was very popular in Europe and involved sedan racing on road courses. Management decided to get involved in this and we had 2 cars built in house (Dodge Stratus) and we did the engine development in house also using our 2.0L engine. I was responsible for procuring all the parts needed to do this. This series lasted only about 2 years and really never caught on here. Dodge won the 1997 Championship with David Donohue driving. The following year (1995) Dodge got involved in the new NASCAR Craftsman Truck Racing series and this was the beginning of our return to full time NASCAR racing in 2001. In the summer of 1999 the Race Engine Group was resurrected with Ted as the Manager , I did Procurement of all parts, Dave Eovaldi was brought on for camshaft and valve train development, Neil Loughlin for cylinder block and structure development, Pat Baer did intake manifold and cylinder head design and development, Dave James was our Chief designer, and Rudy Sayn did what ever else there was to do to get an engine designed. We had a design finalized by December 1999 and we had our first engine running in May 2000 down at Everham’s race shop. This engine was the R5/P7. R5 designating the block design and P7 the head design. Eventually, besides handling all the engine parts I was responsible for many of the body parts and panels, fasteners, contracts for additional support for the teams, and other miscellaneous parts needed to go full time racing. Right before I retired we were working on the next version of our 355” NASCAR race engine which was designated the R6/P8. We had a warehouse down in Charlotte, North Carolina to store all these parts. Had the chance to go to some of the races, meet the drivers, and in general had a great time (and they paid you for this too!!).

Super Touring  Stratus in the making

Everything is done in-house.
This is a brand new race car, whereas most of the other Touring Cars have already won races in international Touring Car Series.

It a series of mid-size sedans racing with strict rules.
25,000 examples are produced annually worldwide.
Suspension and driveline design must remain stock though components can be modified.
Engine is limited to two liters and six cylinders, and the company must produce at least 2500 units by the manufactuer.
Stock blocks and heads required, but internals can be modified.
8500rpm governor.
94 octane premium unleaded gas.
Catalytic converter required.
Sheet metal both interior and exterior must remain stock, though
small front and rear spoilers are allowed.
Minimal ground clearence- no body part can touch the pavement when when both tires on one side are deflated.

Dual fuel-injection units are used- one before the individual throttle bodies, and after.

The Stratus Super Tourning Car has have 14.9-inch vented rotors. The rear discs use 10.9-inch rotors are solid.

The Stratus in the pits uses on board air jacks. The reason being of the ground cleareance of the Stratus.

WTRAC six-speed sequential gearbox: Drivers spin the AP 5.5-inch three plate carbon clutch on the start but afterward, under power, its just up and down the gear set.

Sparco wheel and seat is custom fit the to driver.
Pi System 4+ telementry systems for gauges

A fire suppression system, and a rollcage to protect the driver.

A Stock Stratus ES
has 11.1 inch vented front discs. The rears are drums (why I do not know a ES should  come with discs)

Power assisted rack and pinion
1.5 turns to lock, versus 3.1 for the Stock Stratus ES.